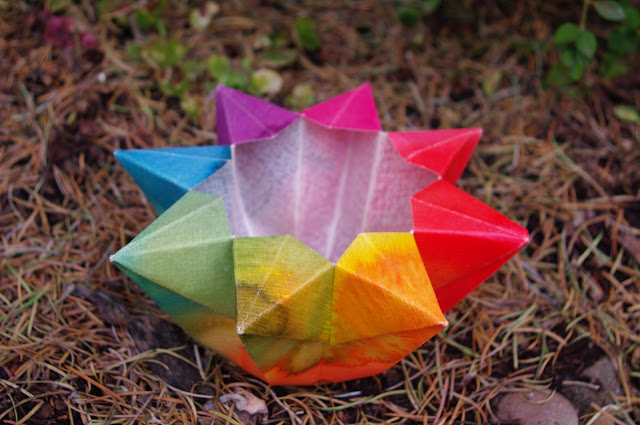 Since it's now lantern season, I thought I would re-post this tutorial I had put up some time ago...

During last lantern season I was looking everywhere for instructions to make these beautiful paper lanterns and couldn't find them anywhere.  I ended up purchasing a lantern that was already made and since I've been struggling with some difficult folds and designs of other paper crafts, I decided to unfold the seemingly simple lantern I bought and figure the thing out for myself.  Like all traditional origami, no glue or cutting (once the basic outside shape of the paper is made) are required.  I feared that once I unfolded my lovely store-bought version I wouldn't be able to get it back together but thankfully it wasn't nearly as difficult as I assumed.

(Feb 2012 edit note:  A video tutorial of this project can now be found here.) 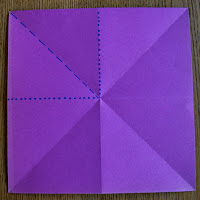 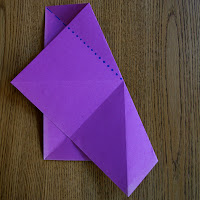 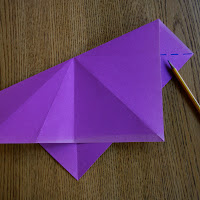 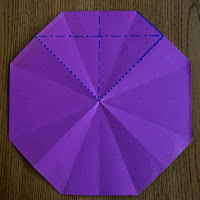 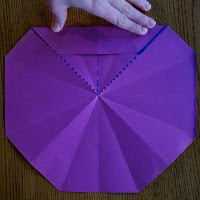 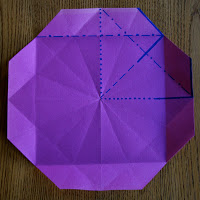 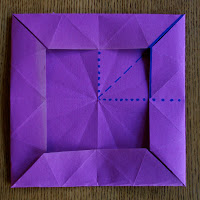 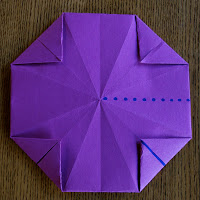 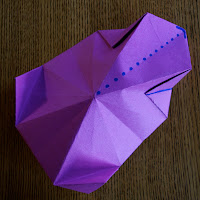 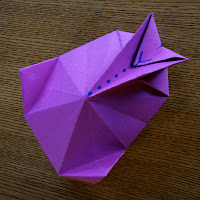 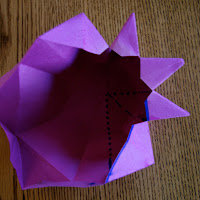 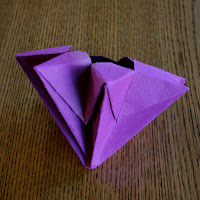 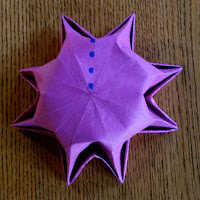 
The lantern I purchased was coated with oil which increases the translucency (and sort of magical quality) of the paper.  To do this simply rub with any vegetable or olive oil prior to folding and let it dry overnight.  (I would suggest perhaps attempting your first version without. ) 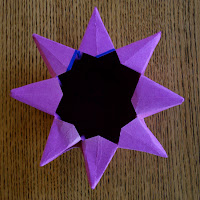